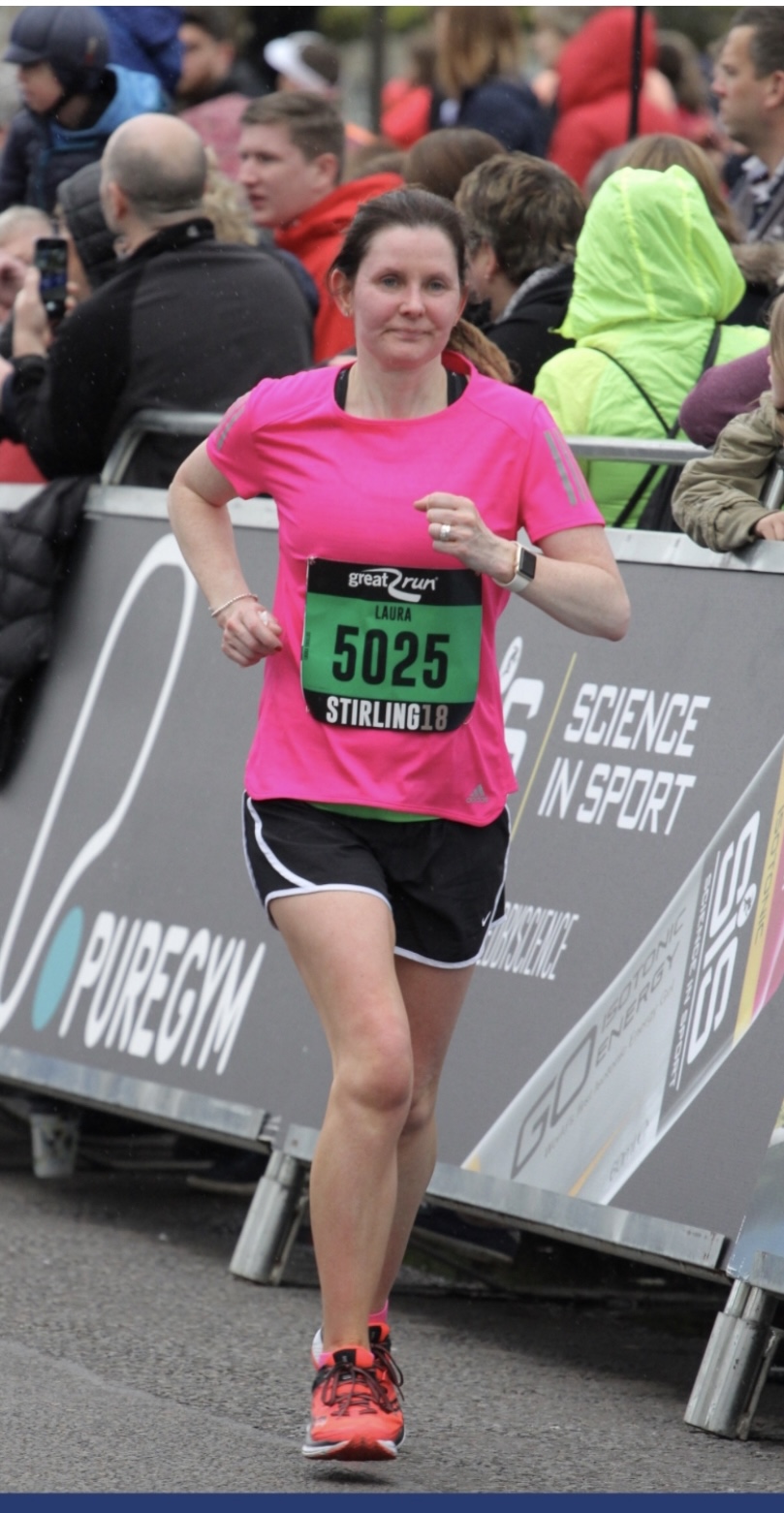 Laura will be running the Edinburgh Half Marathon at the end on May this year, as she sadly lost her Mum to vascular disease in February of this year. Her Mum received amazing care and compassion from the Surgeons, Doctors and Nursing staff, during her time at the Queen Elizabeth University Hospital, Glasgow, and Laura wants to give thanks to them. Laura saw first-hand how horrid this disease can be and if she can do something in some way to help further research that may help other sufferers.

Read Laura’s touching story in her own words below

"Mums vascular disease was diagnosed when it was quite advanced, however looking back mum’s walking had slowed down quite considerably due to the pains in her legs. She had put it down to cramps however intended to make an appointment with her GP and then lockdown happened.

Fast forward to April 2021, mum stood on a piece of carpet gripper and only noticed when she saw blood on the bathroom floor, so she put some antiseptic cream and thought no more about it. A few months passed and the wound did not heal and gradually developed into a nasty foot ulcer. Unfortunately, despite the efforts of the podiatrist the foot continued to decline.

Mum met with a vascular surgeon in September of 21 and an angioplasty was scheduled for October in the hope that it would help blood flow to the foot. Unfortunately, this surgery was unsuccessful and mum had to have her left leg amputated and whilst the hope was that it would be below the knee, the disease was too far gone and the leg had to be amputated above. This was now December and the aim was to have mum home by Christmas, however mum developed a chest infection, which caused a setback for rehabilitation.

Christmas came and went and on the 27th December mums ward was closed due to a Covid outbreak and then on the 4th January mum called me to say she has tested positive for Covid requiring 14 days’ isolation. My mum remained optimistic and said not to worry she was fine and symptoms were mild. A few days before mum was due out of isolation I received a call from the ward to say they would be arranging an essential visit for me as mums wound was not healing well and a further part of her leg had to be removed. This was devastating news however we remained positive.

Despite the best efforts of the surgeons the wound deteriorated further.  My mum fought the disease with so much grace and dignity right to the end when she sadly passed away from on 11 February 2022.
In the last few weeks of her life my mum made me promise not to mourn her loss but to live my life to the full, never to give up my sports and to remember the life she lived and not how it ended.

So as a tribute to my mum's strength and courage and as a personal thank you to the medical staff of QEUH vascular wards, I will be running the Edinburgh Half Marathon on the 29 May 2022 for the Circulation Foundation.
I aim to raise £1,000 and any donation received will make such a difference to funding research to help people living with vascular diseases."