The Circulation Foundation is proud to introduce its patrons, whose support we very much appreciate. 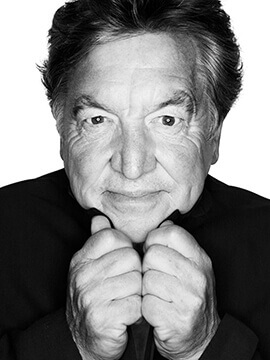 George Davies has been the most prolific supporter of the Circulation Foundation. He has generously providing research funding for over 10 years, after his mother, who suffered from vascular disease, sadly passed away.

He has funded both the Mary Davies Award, in memory of his mother and the George Davies Award for Visionary Research. Additionally he designed a range of sportswear for per Una, donating 20% of all sales to the circulation Foundation. We are extremely grateful for Mr Davies’ continued support and his generous donations which have enabled us to fund our world class research projects targeted on prevention, treatment and care of sufferers with this disabling , often fatal disease. 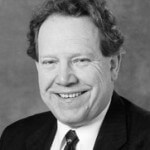 consultant surgeon to the University Hospitals of Leicester NHS Trust and was one of the founders of the Circulation Foundation along with fellow vascular surgeon Mr Antony Chant.

Sir Peter has been President of the European Society for Vascular Surgery, The Vascular Society of Great Britain and Ireland, and the International Society of Vascular Surgeons. His special interest is research in the fields of organ transplantation and vascular and he has published more than 700 papers in these areas. He has also written a number of textbooks on vascular surgery and transplantation.

Sir Peter is also responsible for introducing entrepreneur and designer George Davies to the Foundation and helping to develop this invaluable relationship. 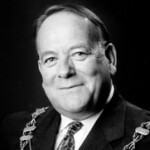 Professor Greenhalgh, Emeritus Professor of Surgery at Imperial College London, has been an important driving force behind multi-centre clinical trials, UK Small Aneurysm Trial and EVAR trials 1 and 2, that have proved to be of seminal importance in vascular surgery.

Professor Greenhalgh is also the founder of the Charing Cross International Symposium, now in its 42nd year, which brings together vascular surgeons from around the world in person and by live stream broadcast. 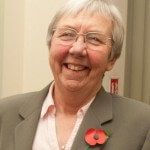 Professor Averil Mansfield was the first woman in the UK to become a Professor of Surgery and has been a leading figure in encouraging more women to become surgeons. She was the founding Chairwoman of Women in Surgical Training (WiST) which was established by the Royal College of Surgeons.

Until 2002, Averil was a vascular surgeon working at St Mary’s Hospital, Imperial College and one of her interests was the surgery to the carotid artery for the prevention of stroke. She has since been a Trustee of The Stroke Association and Vice Chairman of Stroke Association Council from 2001 to 2003. She is also a former Vice President of the Royal College of Surgeons.